Are we using less or more energy because of LED lighting?

LED lights are famed for their superior efficiency and environmental friendliness compared to some of the older forms of lighting technologies out there like incandescent and fluorescent lights. But although it may seem a matter of common sense that we are using LESS energy as a result of LED lighting, actually the reverse may be true. Read on as we examine the paradox that more energy efficient LED lighting may actually be increasing our overall energy consumption.

Light Emitting Diodes are comprised of a semiconducting material to which a voltage is applied so that electrons are knocked loose from the surface of the material and in the process emit pockets of light energy known as ‘photons’. Indeed, LEDs are basically a way of converting electrical energy into light that we can utilize in our homes and businesses.

Compared to incandescent and fluorescent lights, LEDs use considerably less energy per given lumen of light produced. By some measures they use 80 percent less power on average than incandescent, and 40 percent less power than fluorescent lights. As a byproduct of this, they have the potential to drastically reduce the carbon dioxide emissions generated by our lighting activities: one study suggests that our carbon dioxide emissions could fall by an estimated 600 tons in this year alone – and apparently this would be equivalent to closing down over 160 coal-fired power plants. Given that the burning of coal to generate electricity is by far the major driver of human-induced climate change and other forms of ecological devastation, the eco-benefits of LED lighting are considerable. Indeed it is true to say that every LED sold directly substitutes for an older, inefficient, more environmentally destructive light. And it is the efficiency of LED lights in converting electricity into light that appears to make them such an eco-friendly lighting option – alongside reducing our overall consumption of energy, and making changes to our lifestyle, there is one other alternative means of lowering our carbon footprint – and that is energy efficiency.

That, at least, is the reasoning behind the claim that LEDs are good for the environment. What this argument assumes, however, is that our desire for light will remain exactly the same once we switch from older, less efficient technologies, over to LED lighting. In fact, what evidence there is suggests that as a result of LED lighting we are using more energy than ever – taking advantage of their efficiency and cheapness to light up places that were never illuminated before, and for purposes we never previously envisaged – witness the growth in all sorts of decorative and novelty lighting, or the development of (totally unnecessary) practices like placing large LED monitors over our public urinals.

Furthermore, if we look at the satellite photos from space, it is clear that the extent and radiance of artificial lighting illuminating the surface of planet Earth when it’s dark is increasing. In fact, according to studies, between the years 2012 and 2016, the artificially illuminated outdoor areas of the Earth increased by over 2 percent per year, with the radiance of the lit up areas growing 1.8 percent per year. Although wide variations were noted in the growth rates in different countries, lighting extent and radiance remained steady – or decreased – in only a handful. Contrary to claims of global energy reductions, these findings suggest enhanced light pollution, and therefore energy usage, in direct response to innovations in the energy efficiency of our lighting – which is unambiguously bad news for our natural environment.

What we appear to be seeing here is the ‘rebound’ phenomenon of increased energy usage in response to the reduced cost of energy. Basically, because lighting has become so cheap due to the increased efficiency of our lighting technologies – and the low cost of energy, as we dig up more and more fossil fuels to satisfy our insatiable thirst for energy – we are using a lot more of it, all over the world but especially in developing countries as they try to rapidly improve their populations’ standard of living. Indeed, the 15 percent increase in global lighting between 2012 and 2016 corresponds very closely with the 13 percent increase in global GDP measured during that same time period. The results found here directly contradict the theory that the introduction of energy efficient lighting technologies like LEDs will inevitably lead to global reductions of energy. 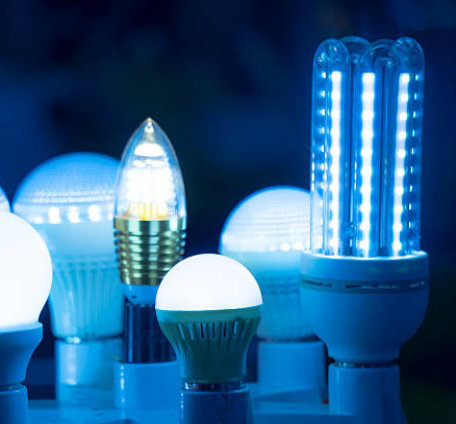 The ‘Rebound Effect’ observed here is also known as the Jevons Paradox and has been observed in other situations where energy efficiency measures have been introduced. In fact, the whole energy efficiency enterprise has been criticized by some on the basis of this Paradox, that improvements in efficiency will simply get eaten up as people take advantage of the reduced cost of energy and increase their consumption. But just as there is no guarantee that enhanced energy efficiency will reduce overall energy usage, neither is it inevitable that the introduction of energy efficiency measures will be negated by virtue of the Jevons Paradox. It is all very complex, with many other factors at play as well, including fluctuations in the cost of energy owing to the discovery of new fuel sources, political factors and the like; as well as a country’s economic agenda – for example the greatest growth in light usage has been observed in developing countries, which are intent on growing their economies quickly and by whatever means possible. Also, even if we do increase our consumption of energy as the cost decreases, some energy savings may still be observed, ie the Jevons Paradox may occur to some extent, but not across the board.

When it comes to lighting though, it is clear that the introduction of LED lighting has not led to any appreciable decrease in the use of energy – in fact, the reverse is true. Lighting has become so inexpensive, that it is now used for all sorts of purposes that we could never have imagined previously. Lighting has become a decoration and a luxury.