Aside from being one of the cheapest and most stylish ways to refresh your interior, LED lights – especially LED flood lights – can be immensely practical in commercial settings. Unlike the tamer indoor lighting, flood lights have a broad beam angle and are able to illuminate wide spaces so intensely that their light can resemble daylight. In short – LED flood lights are work lights.

Whether you own a warehouse, a parking lot, or another commercial space, illuminating it with flood lights will greatly increase security, both of the people working there and also in the sense that break-ins tend to happen in poorly lit areas, not in plain sight. With that being said, let’s take a look at the top commercial applications of LED flood lights.

If you’ve ever been to a sports event, be it tennis, rugby or soccer, you’ve seen the floodlights lighting up the stadium from each corner. This is one of the first commercial uses of flood lights, which were the only ones capable of shedding that kind of light on space as big as a football stadium.

In fact, the first game to be played under flood lights was a polo match, hosted on 18 July 1878. in Fulham, London, England. Of course, the first stadium that had LED flood lights came to be over a century later. 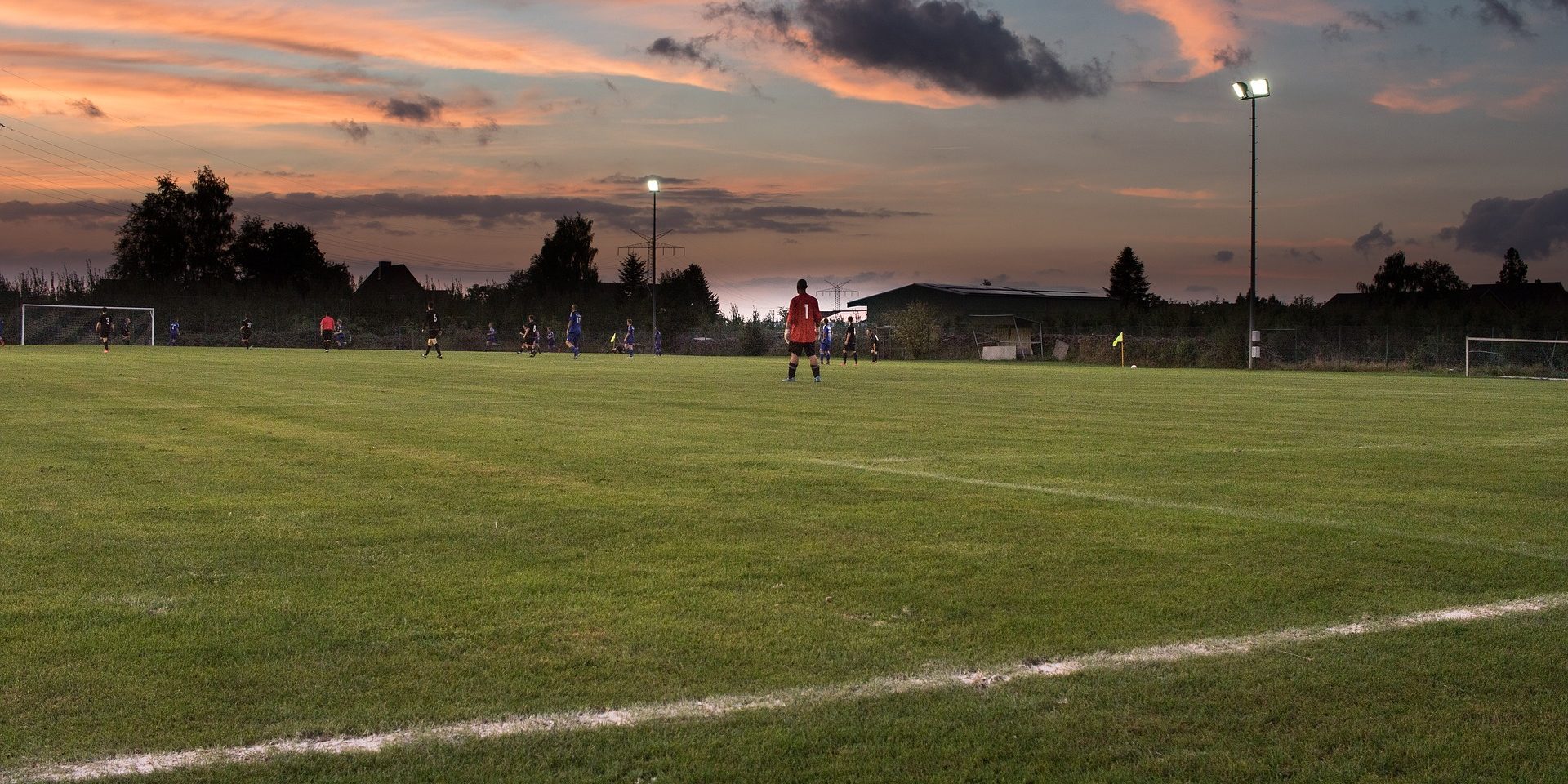 Nowadays, flood lighting is used not only for the sole purposes of sport but for the concert arenas and other happenings as well.

Not only are warehouses huge, but they often store expensive goods in them. If left without light, they would be easy prey to burglars. With quality flood lights that cover the whole parameter around a warehouse, you’ll minimize the chance of a break-in.

Better yet, you can opt for sensor flood lights capable of detecting movement during the night. They might not be the right choice for a residential area, but they sure are useful in commercial ones.

There’s nothing more reassuring than a well-lit street at 3 AM. Flood lights could potentially ruin the romantic vibe of late-night walks, but they contribute to a smaller crime rate and a greater feeling of security.

Similarly, to public surfaces, an illuminated parking lot is more secure for both people and vehicles, compared to poorly lit ones no matter if you use street lamps or average LED flood lights to do the job.

Speaking of security, imagine what a shopping mall or a business center would look like after hours without high-intensity lighting – a little eerie, moderately spooky, and very dangerous. Not only is this a necessary precaution, but having flood lights that illuminate the building itself, along with the surrounding spaces and parking lots, is a good branding move.

LED flood lights don’t have to be fixed on a wall or mounted on a pole, they can also be portable. A lot of miners wear this type of light on their helmets. This helps them illuminate narrow corridors and navigate through the dark.

Miners aren’t the only ones that use a single flood light – most firefighters and rescuers use it as an irreplaceable part of their equipment.