LED lighting technology has come a long way over the last 50 years, not only is it now commonplace in our homes and in commercial settings, it has also recently found it’s way into the stage lighting market. If you want to know the ins and outs of this form of lighting technology, then your first point of reference is our comprehensive guide to LED stage lighting. Read on to find out more. 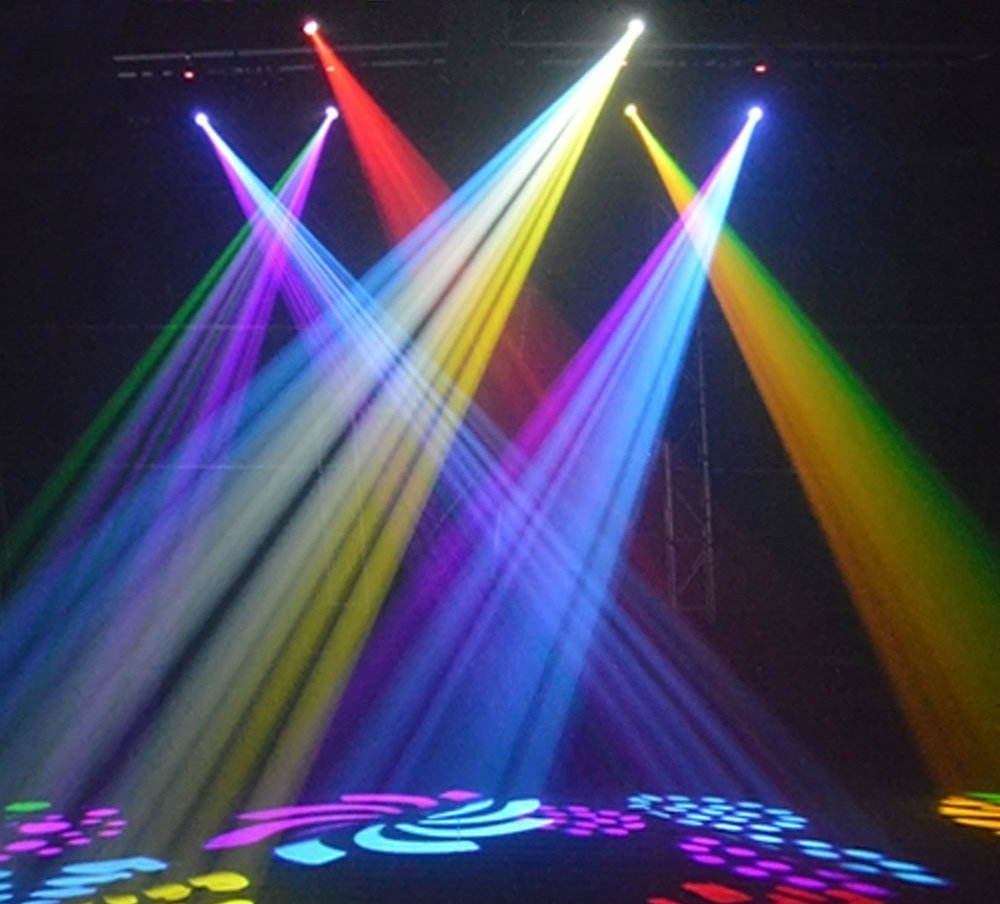 The light emitting diode, or LED, is a tiny little lightbulb made up of a semiconductor through which you pass a current of electricity – this causes electrons within the semiconductor material to be liberated and to enter so-called ‘electron holes’, also contained within the material, and in the process to emit particles of light called photons. Indeed, LEDs basically are just a means of converting electricity into light energy. And they do this very well – indeed, compared to the older incandescent and fluorescent lights that have for years dominated the lighting market, LEDs are legions more energy efficient, long lasting – and thus affordable. In fact, because of their energy efficiency and long lifespan, LED lights are touted as one of the major solutions for reducing carbon dioxide emissions, and preventing the looming environmental crises including climate change afflicting our precious planet.

In the 50 or so years since the first LEDs hit the market, these devices have come a long, long way. Due to advancements in technology, LEDs are now used in all sort of settings, domestic and commercial alike, and for all manner of applications, including decorative lighting, the lighting in our cars and airplanes, the screens of tablets, televisions, and smartphones – and many others. In the last decade or so, LEDs have broken into the film industry; LEDs are now one of the major sources of stage lighting out there.

The very first kinds of LED lights to hit the stage lighting industry back in the day were a larger version of the tiny little 5 mm/ 10 mm diodes that illuminate the ‘on’ lights and power buttons in our consumer electric products. These early fixtures consisted of row upon row of red, green and blue LEDs, distributed randomly to generate as even a lighting effect as possible (red, green and blue combined create white light, which is what is required for most stage lighting). Whilst pretty inexpensive, and also quite low maintenance so far as power consumption (and heat generation) goes, these early LED stage lighting fixtures didn’t look all that great, and their light output was very poor. If you tried to record them with a camera, they would flicker repeatedly upon the screen, and there were also a very limited number of colors you could mix with them. Still, they were a first, tentative step forwards, and are actually still manufactured in some places today. They are most appropriate for up-lighting at parties, indoor architectural light, and stage lighting where there are no cameras present.

These fixtures are a bit of a relic of the past today, though, the stage lighting industry has since moved on to much higher quality LED fixtures. The next development in led stage lighting worth mentioning, was the 1 watt (and more) LEDs arranged in series (often 36) – with these lights you could still see the individual (differently colored) diodes, but they certainly look a lot prettier than the older 5mm/10mm LEDs, and the lighting effect is also much more even. Top quality units were also flicker free when exposed to camera and video and generated a beam capable of mixing many different colors. However, despite their many benefits, you could still see multi-colored shadows cast by anything you used to illuminate this light with, as the beam generated by these lights was after all the product of many little beams of differently colored light. And indeed, the industry has now mostly moved on from these units, forcing them to make way for better looking and more homogenized LED stage lights. 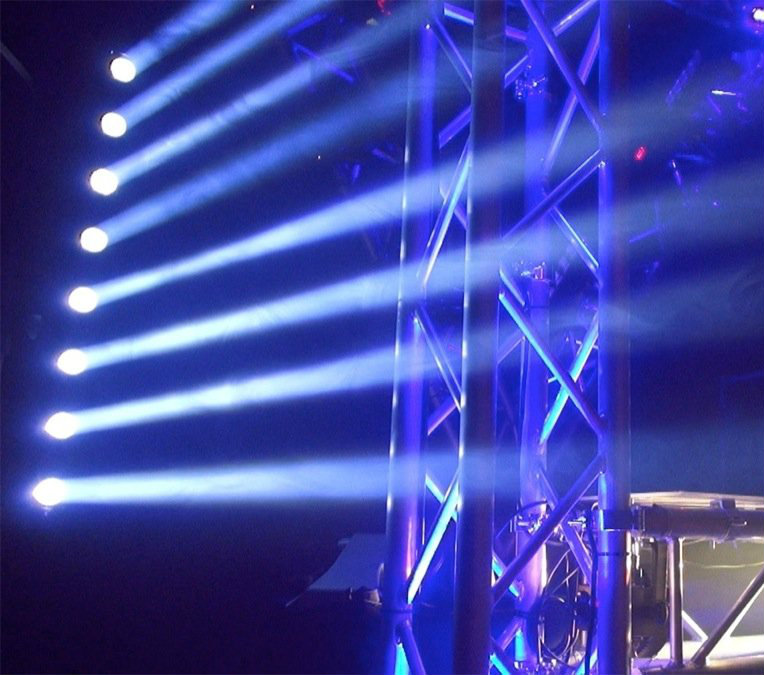 As we have seen, many lighting designers were dissatisfied with the multi-colored shadows generated by these lights, and by the fact that you could still see the individual diodes – and colors – in the light fixture. Hence the groundwork was laid for the development of homogenized or ‘tricolor’ LED stage lights. Lighting fixtures with tri-colored LEDs generate a nice, smooth even light so that individual colors now only appear on the lens fixture. As a result of this development, even the most fastidious light designers could be quite happy using LED lights in their stage designs. Tri-colored LEDs have since given rise to quad LEDs (RGBA/W) as well as hex LEDs (RGBAW+ UV) that enable you to mix and match even more color combinations and shades. Tri-, quad- and hex LEDs are currently the standard in the stage lighting industry; some of the best models out there at the moment are the Chauvet SlimPAR Quad 12, and the Chauvet SlimPAR TRI-12.

But that’s not quite the end of it. If there’s one thing we’ve learned in this post it is that time never stands still, so far as stage lighting is concerned! Expect there to be even more developments in LED lighting in the years to come. In fact, they are already occurring as we speak. Just a couple of years ago, we started hearing about ‘Chip on Board’ LEDs, a form of LED stage lighting fixture that promised even greater brightness and power than it’s predecessors, and all contained in a tiny little chip. Inexpensive, versatile and able to mix many, many colors, COB LEDs are already very popular in many other applications – before too long you will start to see them in stage lighting as well.

Affordable, long lasting and capable of mixing an endless variety of colors, LED lights are a fantastic way of lighting and coloring a stage, and as we have seen, the technology in this area is constantly evolving – so expect to see even more amazingly lit shows in the years ahead!