Due to its superior energy efficiency, longevity and other properties, LED lighting is slowly phasing out older forms of lighting technology like incandescent and fluorescent lights. Because of these benefits, it has frequently been touted as one of the major solutions to our current set of energy and environmental crises. Today, LED lighting is rapidly expanding across the globe and into many new areas. These trends seem set to continue in the years ahead. Read on for our LED industry forecast for the next decade or so. 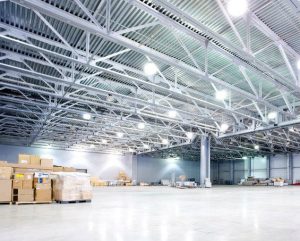 First, though, a word on LED lighting. An LED – or light emitting diode – is a device in which an electric current is passed through a semiconductor material or ‘diode’, knocking loose electrons from the surface of the material so that in the process they emit quanta of light energy known as ‘photons’. LEDs are basically a means of converting electrical energy into the light!

And they do this very well. Compared to older forms of lighting technology like incandescent and fluorescent lights, LEDs are many times more energy efficient and long lasting; they also turn on and off quicker, are more compact, and are free of the issues that have long plagued older forms of lighting, like unnecessary heat generation, flickering and humming. Due to these many advantages, LED lighting is now used in many settings, domestic and commercial alike. But what does the future hold for the LED lighting industry?

The global LED market can be classified in several ways. First of all, it can be divided into new installations and retrofits. Over the long term, new installations are expected to generate more revenue for the market, as new infrastructure projects come up – especially in developing countries – but for now and in the near future (say, 2017-2023), retrofit installations are expected to experience the faster degree of growth, as older lamps are upgraded to more energy efficient lighting sources, like LED technology.

The LED lighting market can also be divided according to product type, ie the market includes both individuals LED lamps, and full LED light fixtures, or luminaires, which may or may not contain multiple individual lamps. Once again, in the short term retrofits of individual lamps are expected to contribute the majority of revenue for this market; but over the long haul, luminaires are forecast to grow at a faster rate, entire new installations are built in the developing world and elsewhere.

Finally, the LED market can be split into outdoor and indoor LED lighting. Over the last 12 months at least, indoor LED lighting represented the larger share of revenue in this market, but in the years ahead, outdoor lighting is expected to surpass it, as concerns about road safety and visibility – for drivers, passengers and pedestrians alike – become paramount in many parts of the world. This will drive demand for more and better lighting installations on the roads. The expansion of infrastructure projects across the globe will lead to further growth in outdoor LED lighting, as national governments and local authorities alike try to take advantage of the lower energy consumption and affordability of this type of lighting 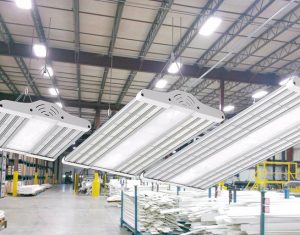 When it comes to regional difference, Asia-Pacific or APAC has to date been leading the LED lighting market, and industry forecasts predict that it will in the years ahead continue to contribute the lion’s share of revenue to the global LED market. This can be attributed to the very rapid penetration of LED lighting into fast-growing, developing economies like India and China, along with the untapped potential of several other markets in the Asia-Pacific region. Furthermore, Asia-Pacific has established itself as somewhat of a hub for several large original equipment manufacturers (OEMs) of various lighting products. For example, China is now the largest contributor of revenue to the worldwide lighting industry, responsible for more than 40 percent of the total global production. Another driving factor behind the growth of the LED market in this region, is the substantial investment in R&D for new LED products by several emerging economies in the Asia-Pacific region, including Vietnam, South Korea, and Taiwan.

The second largest regional LED lighting market at current in Europe, and it too is forecast it’s established position into the foreseeable future. Strict government policies mandating the phasing out of inefficient lighting and the adoption of lower energy consumption will ensure steady growth in the LED market in this region.

Major drivers of growth in the global LED market

Major factors driving the growth of the global LED market include government policies mandating more energy efficient lighting, the decline in the price of LED products as they become more numerous, and the upgrading and development of national and local infrastructure. As we have seen, LED lights to offer many benefits over traditional lighting technologies, including energy and cost efficiency, longevity, the range of colors and light quality, versatility, compactness and more. And as a result of this, they are continuously finding new applications in the residential, industrial and commercial lighting sectors – another factor contributing to the growth of the LED global market.

In developing countries, LEDs are at present under-utilized. Their lack of attractiveness to investors in these regions can be attributed to the many economic barriers that exist in these parts of the world, including under-developed infrastructure, inefficient technology, poorly skilled workforce, scarcity of capital and political disruption and instability. However, governments in many emerging countries are now focused on modernizing and developing their infrastructure as a way of growing the wealth of their countries, and as part of this, there can be expected an increasing demand for more and better lighting over the years ahead.

Just as an example, the governments of a number of countries such as Singapore, India, Spain, and others are now heavily investing in ‘smart city’ projects. India’s national government has just embarked on the ambitious enterprise of transforming more than 100 of its cities across the nation into smart cities by the year 2030. This project is expected to increase demand for LED lighting in that country. Meanwhile, the city of Barcelona in Spain recently laid out more than 3,000 ‘smart’ streetlights that utilize LED lighting technology, collecting information about noise, pollution levels, and other features of the surrounding environment.

The global LED market is fragmented and competition is very intense

Due to a large number of both international and regional actors in the global LED market, this is one market that is highly fragmented, and where competition is high. Several established players are slowly losing their share of the market to new entrants from countries such as China, and these trends are expected to continue in the years ahead.