LED Lights and their effects on wildlife

All life on earth has for long relied on the rhythmic interchange of day and night. However, humans being inventive have discovered new sources of light that disrupt this cycle and thus also disrupts the night. This has made plants and animals that depend on this rhythmic interchange of night and day to be affected as they depend on it to sustain their daily activities, such as nourishment, reproduction, protection from predators and sleep.

A light-emitting Diode (LED), can be defined as a two lead semiconductor light source. It is a p-n junction which emits light when it becomes activated. Energy in the LED lights is released as photons. This energy is released when a suitable current is applied to the leads and then the electrons are able to recombine with electron-hole within the device. This effect is called electroluminescence, and the color of the light is determined by the energy band gap of the semiconductor. LEDs are usually less than 1 square millimeter in size and integrated optical components may be used to shape the radiation pattern. 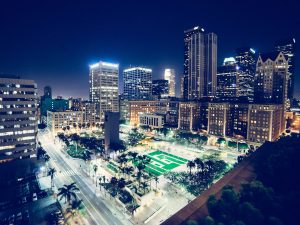 Recently, LEDs have been made to be suitable for environmental and task lifting. They have new displays and sensors, and their light switching rates are also useful in advanced communications technology. They are also advantageous over incandescent light sources in that they consume lower amounts of energy, have a longer lifespan, and are also smaller in size, possess improved physical robustness and faster switching. They are also applicable to traffic lights, camera flashes, medical devices, lighted wallpaper, automotive headlamps, aviation lighting etc.

However, researchers have found that there are certain types of LED lights which can be harmful towards a wide variety of wildlife, thereby making a case for the potential hazards that are incurred due to the rising usage of these lights. The research, which was carried out by the University of Southern California and published in the Journal of Experimental Zoology Part A: Ecological and Integrative Physiology, concluded that both blue and white LED lights are the most harmful to wildlife, particularly animals such as insects and sea turtles. While amber, green, and yellow LEDs are more favorable for wildlife. The researchers took into cognizance the existing ecological data and examined the impacts of different kinds of LED lights on animals such as insects, sea turtles, salmon and Newell’s Shearwater seabirds.

Previous studies have also examined how the brightness of the light and its direction can affect species’ migration, attraction, and circadian rhythms.

The researchers collected data from these light studies to help build a new database that can be used by developers, designers, and policymakers choose wildlife-friendly LED lighting colors.

“Outdoor environments are changing rapidly and in ways that can impact wildlife species,” said Travis Longcore, who is the lead author of the study. “We provide a method to assess the probable consequences of new light sources to keep up with the changing technology”, he added.

For there to be a further reduction in the decline of species and protect them from LED lights which they are vulnerable to, the researchers created the “Rapid Assessment of Lamp Spectrum to Quantify Ecological Effects of Light at Night”, which is a database that shows how two dozen different types of artificial lights impact animals.

They hope that this hope is that city planners and policymakers will use the database to help select the least disruptive and harmful light options for species.

According to Longcore, “If we don’t provide advice and information to decision makers, they will go with the cheapest lighting or lighting that serves only one interest and does not balance other interests.” He also added that “We provide a method to assess the probable consequences of new light sources to keep up with the changing technology and wildlife concerns.”

There are different ways by which LED lights can negatively impact on the species. For example, loggerhead sea turtle hatchlings may inadvertently be lured inland rather than to the ocean due to the lights. Migrating juvenile salmons can also become vulnerable to predators due to their attraction to light.

Other ways in which LED lights affect birds, amphibians, mammals, and plants include:

Disruption of the world’s ecosystem

Nocturnal animals who become active at night are affected by lights as their nights may become day. This makes hunting prey or hiding from predators much more difficult for these species as their natural night cover will be lost. Amphibians which croak at night will also have their breeding affected as croaking is an important breeding ritual. Thus this reduces their population. 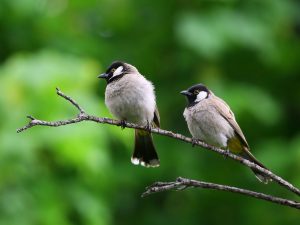 Artificial lights may cause birds which migrate or hunt at night and navigate by moonlight to wander off course and head to dangerous landscapes or cities. Millions of birds die each year due to collision with illuminated buildings or towers. These artificial LED lights also cause birds to migrate too early or too late and miss ideal climate conditions for nesting and other activities as the birds depend on cues from properly timed seasonal schedules.

Insects become attracted to light and this could end up being fatal to them as they are preyed upon by predators who take advantage of this. This has led to a reduction in the insect population and affects plants which need them for pollination purposes or species that depend on them for food.