Should you replace your tube lights with LED lamps

Indoor commercial spaces have traditionally been lit using linear fluorescent tube lights, and for many years they did their job very well. But now LED lamps have arrived on the scene, and with their far superior efficiency and longevity compared to those older lighting technologies, the question naturally arises – should you replace your tube lights with LED lamps. That is the question we are going to examine in this post on led fluorescent tube replacement. Read on to find out more. 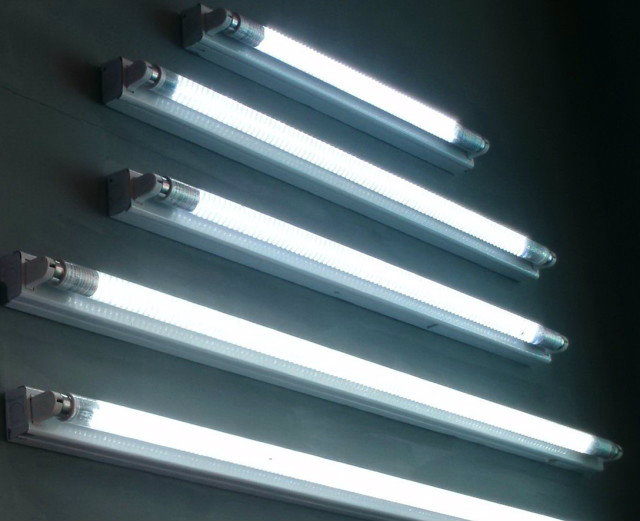 A light emitting diode, or LED, is a tiny little light bulb comprised of a semiconductor material through which a current is run in order to generate light. You see, when a voltage is passed through the material, electrons within the material are ‘liberated’ and migrate to electron holes, also located in the material; in the process, they emit quanta of light energy known as electrons. Each color in the visible spectrum of light corresponds to a certain quantity of this energy – and the amount emitted in turn depends on the properties of the material comprising the LED. Hence why differently constituted LEDs generate different colors of light. But the versatility of color is not the only benefit of LEDs – compared to the older fluorescent and incandescent lights that have for years dominated the lighting market, LEDs are also far more energy efficient, long lasting, and brighter as well. They are in most cases made from fully recyclable materials as well, so there are fewer environmental issues linked to both their manufacture and their disposal. Indeed, LED lighting is being touted as one of the major ways of reducing our carbon dioxide emissions, and thus preventing human-induced climate change and other environmental problems.

For these reasons, LEDs are rapidly phasing out the older forms of lighting technology; LED lighting is now used in a wide range of settings, domestic and commercial alike; you can find them in cars and airplanes, in the screens of your television, tablet or smartphone – and many other places besides. One other area LEDs are breaking into is the indoor commercial spaces that traditionally have been lit using linear fluorescent lights (LFLs). These tube lamps are now under threat from a linear LED replacement light, known as the T8 LED.

Should you replace your fluorescent tube lights with LEDs? Despite the hype surrounding LEDs, let’s not give you the wrong impression – LFLs are very good lights. They have high-quality output, impressive lifespan, and in recent years their energy efficiency has improved astronomically. For example, the most recent, T8 fluorescent tube lamps, consume about 40 percent less energy over the course of their lifespan than the older T12 lights that for years dominated the industry but are now being phased out. Moreover, fluorescent tube lights are tried and tested, they have done the job for many years without any apparent issue – whereas LEDs are a relative newcomer to the field. Why fix something that ain’t broke, you may ask? Well, here are some of the benefits of T8 LED lamps that may make you change your mind:

Mercury-free: LEDs contain absolutely no mercury, whereas fluorescents do. Disposing of mercury-containing materials will always be an enormous environmental headache – so far as impact on the biosphere goes, this more than anything makes LEDs a much better option than fluorescent tube lights

Dimmable: many LED lamps now come pre-installed with dimming capacities – some of them can be dimmed by up to 100% of their full lighting output capacity – whereas fluorescents are difficult and expensive to dim, plus they don’t do so very well. In modern indoor commercial settings, having the ability to dim your lights to suit different occasions, and your changing lighting requirements is essential – and LED lamps to do the job much more effectively than fluorescent tube lights

Directionality: LED lamps also offer the possibility of directional, targeted lighting – ie. you can focus the light on exactly the particular area you want. Fluorescents only come with multi-directional lighting, which means that if you want targeted illumination, a lot of light will always be lost to unnecessary areas.

Works better with controls: fluorescent tube lights don’t tend to integrate particularly well with controls like motion and occupancy sensors. Attempts to bring the two together, often lead the fluorescents to burn out faster. By contrast, LED lights to work very well with control system – their lifespan is not affected in the slightest by frequently turning the controls on and off. It’s a match made in heaven! 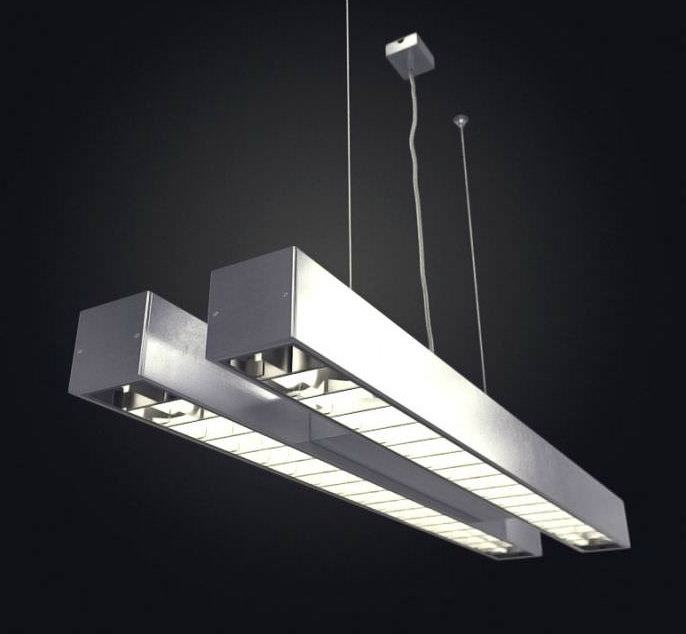 Superior efficiency: the latest and greatest T8 LED tube lights are up to 30 percent more energy efficient than even the most efficient, up to date LFLs (ie the T8 tube light). If this isn’t a ringing endorsement for LEDs replacing LFLs, then who knows what is!

Better quality light: again, modern LEDs generate light in a wide variety of shades and color temperatures, they also don’t come with any of the flickering issues that have long afflicted fluorescent lights

Lifespan: the average lifespan of the latest T8 LED tube lamps are around 50,000 hours – when you compare with even the very latest T8 fluorescent tube light which only lasts around 30,000 hours, it’s obvious that LEDs are the better investment.

Shatterproof properties – most LED tube lamps are designed so that they already have a shatterproof coating. With linear fluorescent tube lights, on the other hand, you need to purchase a separate tube guard, or else order special shatterproof LFLs.

LFLs are a good, solid lighting option, make no mistake. But when you look at the many benefits of LED tube lamps in comparison, then it is clear that switching over to LEDs has the potential to greatly improve your indoor commercial lighting experience – and save you money, not just via the energy efficiency gains, but also because of the fact that more attractive and versatile lighting is better for business and profitability. The upfront cost may look expensive, but when you factor in the running costs of LED lighting over the entire course of their lifespan, they are by far the cheaper option compared to fluorescent tube lights. In many cases, there will be tax incentives and rebates available in your area for installing energy efficient LED lighting, and if you are lucky you will be able to retrofit fit them over your pre-existing lighting fixtures (another area where you can save money). No matter how apparently pricey they look upfront, when you purchase LED tube lights for your premises you may end up recouping and even making a return on your investment a lot quicker then you expected.