How to decorate your home using LED light strips

If you are really into using LED light strips to decorate your home but are having a hard time to see creative ways to make your own house pop with these lights then we have a solution for you. There are plenty of interesting ways that you can use LED lights in your home to make your life easier or even create a beautiful and attractive environment around you. On top of that, LED lights are cheap and easy to put up mean that you can have lots of fun while decorating. And even people who aren’t that great with technology can install LED lights in their homes because it isn’t that hard to do. So keep on reading to get some great ideas for decorating your home with LED lights.

Lighting up the dark 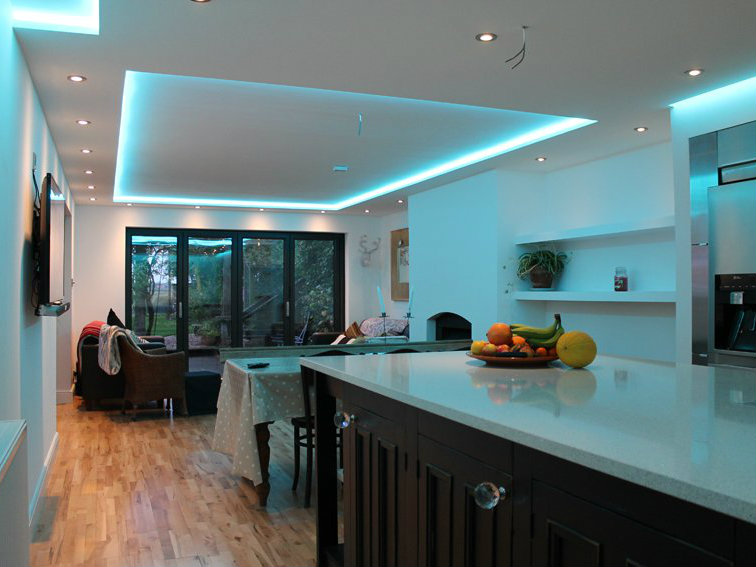 LED lights are great for making abnormally dark areas more inviting. For example, you may not like walking outside after dark too much especially if you live in a secluded area. So by installing LED lights around your home, you can make the surrounding area of your home brighter, lighter and less scary. You can also easily keep the LED lights on overnight just in case you need to run out for something since they don’t consume that much energy. They’re also not as blinding as a regular porch light, meaning that they’re going to be more attractive than just having an extremely bright light coming from one place in your yard. And LED outdoor fixtures are also cheaper than buying non-LED yard lighting.

In your own home, you can use LED fixtures in places like the kitchen to give a warm glow to space if you regularly get up in the middle of the night for a midnight snack. You can also line a lot of things like your stairs or hallways with LED light strips to make sure that your children feel safe going down the stairs or through the hallways of your home when it’s dark. They can’t even make a great night light for your kids. And if you’re creative enough you can make cool designs from them. Some people even put them behind signs for superhero logos in order to make the logos a unique night light for a kid’s bedroom. LEDs are one of the few light sources that offer so much customization in such a little package, that the possibilities of LED light strips really are endless.

Bringing color to your house

LED lights to come in several different colors meaning that you can customize the lights to go with the aesthetics of the room you want to put them in. One of the awesome things you can do with LED light strips is put them on a staircase to make it looks fancier. If you have ever seen a lit up staircase in movies then you know exactly what I’m talking about. By putting some purple lights on some stairs that are in dark colors, it’s going to look quite futuristic and modern. While adding some softer colored LEDs to light-colored stairs will make them have a more homey feel. The great thing about LED strip lights is that they feature a stick-on applicator that lets you attach these lights to pretty much anything in your house. If you wanted you could even put LEDs under your couch or on the ceilings. And as weird as that would look, it would definitely work and that’s the coolest thing about decorating with LEDs. Everything’s completely up to your imagination.

If you wanted to, you could even do something like put LED lights around the rim of your pool. this would make it a lot easier and safer to swim in the evenings. As well as give your pool a fantasy-like glow while you’re enjoying a late-night dip. And even playing around white-colored LED light strips lights can look magical if they’re put in the right spot. For example, you can either make some pretty expressive art displays out of the strip lights. Or light up a cabinet that you keep your collectibles in. Nothing looks better than a display of awards, figurines or travel momentous with a light above them.

How do I get LED lights strips

Now as to where can you get LED light strips… You can get colored LED light strips from all over the place. Stores like Walmart sell these in their home fix-up department or lighting department. You can also find them in all your run-of-the-mill home improvement stores and lighting stores. As for the price of LED light strips, it will depend on what type of light strip you want. If you want or light strip that’s water-resistant and more durable then you’re going to have to pay a little bit more. However, if you’re placing the light strips indoors then you can get them for pretty inexpensive. 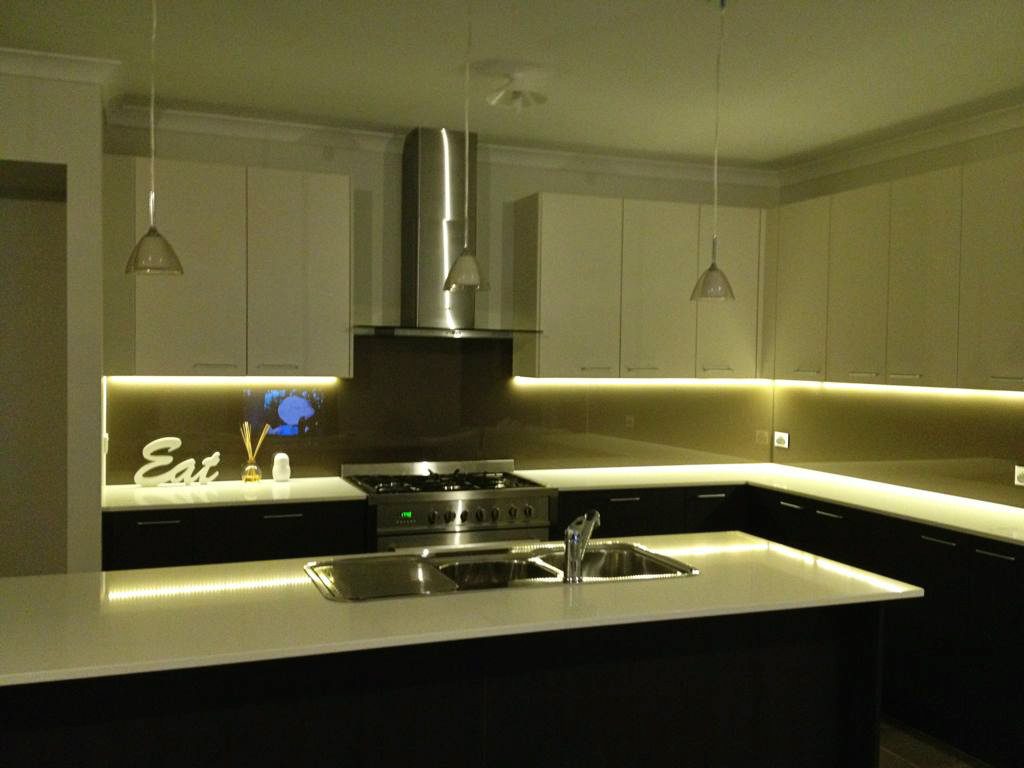 You can find cheap LED light strips for as little as $8 on places like Amazon. Light strips generally don’t go above $40 unless you buy them in bulk. They’re pretty cheap to invest in due to their long lifespan. And they also are quick to install so they’re literally buyer-friendly for everyone. Many LED light strips even come with free shipping to get them to you fast. Just make sure you look at the measurements of the lights that you are going to buy so you know exactly how much lighting you’re getting versus how much lighting you need. It’s very important to measure the space that you want to put the lights in and then look at all the dimensions online to figure out just how much you need to buy.

Also, depending on what you need you can be brighter or dimmer light strips. Each strip will have a description written that will tell you how much power the strip will consume and if you plug it in or if it has a separate battery pack that runs the light strip. If you don’t want a cord running from anywhere then I suggest buying light strips that work on batteries so you can just change them out when they run out. The battery boxes for the light strips can also be more easily hidden than a plug-in cord can. And make sure you have everything you need to power your light strips before buying them and read the complete description available to you. If you’re not sure about what you’re buying don’t be afraid to ask questions