If you’ve ever delved a little deeper into the world of light, or if you’ve watched an episode of CSI: Miami, you’ve probably come across the blacklight vs UV light debate. Chances are you’ve asked yourself what is black light (or blacklight), exactly? Is a black light a UV light? The short answer to this would be yes, black lights are a sort of UV lights. But to understand what they actually are, we have to go a bit further into exploring what UV lights are. So let’s begin, shall we?

As you already know, humans can hear only a certain spectrum of frequencies and anything below or above that spectrum will be inaudible to our ears. Yes, we know, you came here to read about black light, so what’s sound got to do with anything? Well, it serves as an illustration that human senses are very limited. Some animals (bats, dolphins, elephants, and whales, for instance) are able to hear frequencies that are much lower or higher than what our ears are capable of hearing – to us, those sounds would translate to total silence.

Now, let’s get back to the lights. Similarly to sounds, there are some lights that the human eye can see, and some that it can’t. Because lights are nothing more than electromagnetic radiation, it’s measured in wavelengths. The light wavelengths that we are able to see, which go from violet to blue, green, yellow, orange and, in the end, red, with all the nuances in between, are called the visible spectrum.

UV or ultraviolet light has a shorter wavelength than the light that’s visible to us, meaning that we’re simply not able to see it. The name comes from the fact that it is right below our visible spectrum, below the first light color that we can see, and that’s violet. UV light is on the part of the wavelength spectrum that reaches the Earth from the Sun.

There are 3 subcategories of UV light, and those are, from shorter to longer wavelengths: UVC, UVB and UVA lights.

Due to their short wavelengths, the UVC rays are blocked by the ozone layer, and they don’t reach the Earth’s surface. This is great news because these rays can do the most damage to us. However, they are often used for medical purposes, because in smaller and controlled amounts, they’re able to kill germs, help heal wounds and even treat some skin conditions such as psoriasis or vitiligo.

If you’re a skincare enthusiast, you’ve seen products that say they offer UVB ray protection. That’s because these rays are to blame for sunburns and skin cancer – they harm the epidermis, causing malignant cells to develop in time. While we’re at it: wearing sun protection year-round is not a senseless beauty trend. UVB rays can reflect on water and snow, causing damage to your skin even during cold months when the sun is scarce.

With the longest wavelength in the UV category, UVA rays make up for 95% of the light that reaches the Earth’s surface. UVA rays are able to infiltrate the deeper layers of the skin, causing wrinkles. The response of the skin to these rays is to tan – it does so in an effort to protect itself from UVA rays. It’s worth noting that you would have to be exposed to a significant amount of UVA rays for an extended period of time in order for them to cause any real damage to your body. Overall, they are considered to be perfectly safe in smaller amounts.

So, is a black light UV? As we said, yes it is, but more specifically, black light is a subcategory of UV-A light. It was invented by a chemist and a physicist William H. Byler in 1935. and has proven extremely useful and practical ever since.

The main characteristic of black light is that it makes white and fluorescent objects shine in the dark. This is because all of these objects contain the same chemical element – phosphor. The phosphor absorbs the energy and re-emits it as visible light, and when put under a black light, it will absorb the UVA rays and re-emit them as the light that can be perceived by the human eye. The phosphor can be found in many natural elements such as teeth, fingernails, and scorpions (hey, it’s a useful thing to know if you’re into camping!), but it’s often found in laundry detergents, in order to make your clothes look extra white.

The fluorescent light you often see in clubs are in fact nothing more than black lights that are coated with phosphor glass covering. Other than creating a really cool atmosphere, black light has a lot of, some would argue, more practical uses. 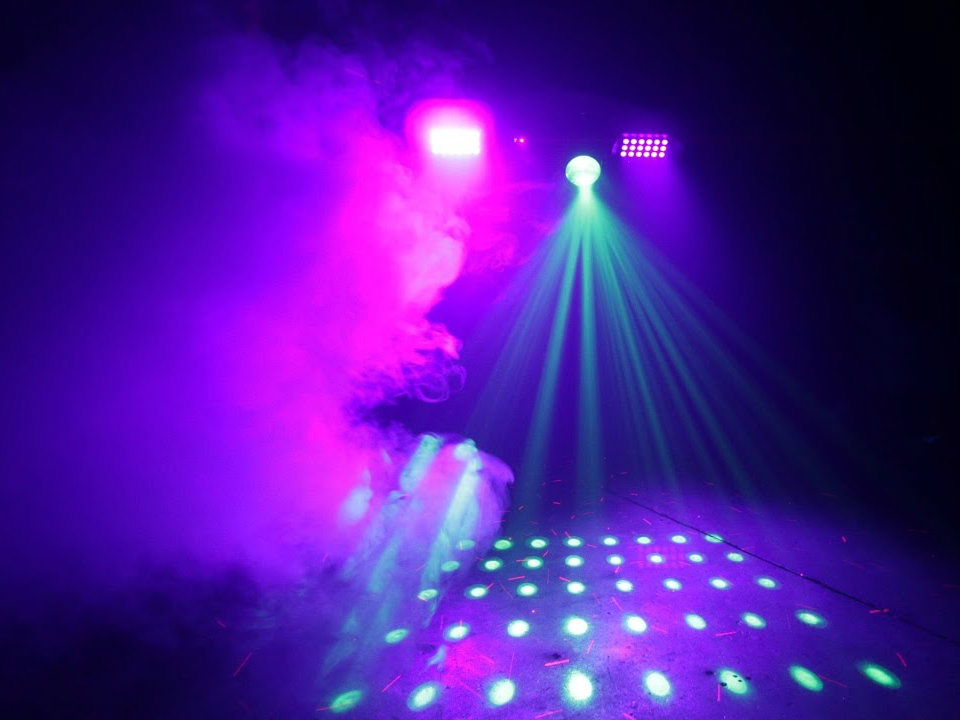 Art inspection – It may be because of the millions it’s worth, but art dealers tend to take their Rembrandt very seriously. Every once in a while, you’ll read that a new painting has been found and the professionals will determine which period it’s from. This is achieved by using a blacklight. Newer paints tend to emanate a subtle sparkle or sheen, while old paint doesn’t. This way it’s really easy to determine whether a painting is forged.

Currency fraud – Most banknotes nowadays have phosphor elements infused in them so as to avoid money forgery. There are small blacklight lamps behind every bank counter that are able to detect fake currency within seconds. Notice the white streak in the banknote below – it’s only visible under blacklight.

Detecting Bacteria – There are some microorganisms that are fluorescent under UV light. This is the common case of Salmonella and Shigella, and detecting them is especially important in the food industry.

Psoriasis – Much like the UVC light, a black light can also be used in the treatment of skin diseases. When exposed to it, the skin produces increased amounts of vitamin D, which in turn helps regenerate the skin.

We hope you found our comprehensive guide to UV and black light helpful so that the next time someone asks “are black lights UV?”, you’ll have enough information to explain all the differences and overlap between the two.