Clean energy is the need of the hour, for the planet and to cover the energy deficit of the world. The sun can give us a limitless supply of clean solar energy that can be converted to DC electricity with the help of Photovoltaic cells. A solar inverter can then converts this stored energy into usable current/AC power that can run any electrical based operation. Excess energy can be stored in a battery bank or fed to an electricity grid.

But first, to understand the difference between these systems and how to approach one for your particular energy needs, let’s take a look at some very important components of a solar energy fueled setup.

A combination of panels or units is called a “solar array”. It is also important to know that the energy that you are using from the sun is “light” not “heat” or “irradiance”. The panels will not be overheated and there can be no heat energy-related concerns for the photovoltaic cells (PV).

If you are looking to fuel a business setup or a home by the aid of solar energy, a solar inverter is an essential component of the entire setup. The inverter is responsible for providing your home/business with a usable AC current from a DC power source.

Now that that’s out of the way, let’s find out more about the three most popular types of solar systems.

The on-grid system is perhaps the most commonly used solar power system across the globe. In this network, the system is connected to the public grid system and not isolated. There are no battery banks in a grid-tied system.

In some countries like the US being grid-tied can actually be profitable, thanks to a system of Solar Renewable Energy Credits (SRECs). If your home generates enough energy the utility company ends up paying you for the excess.

This option is particularly attractive for homeowners that deal with issues of partial sun exposure. Other times there might not be enough space to effectively install all the panels. If there isn’t enough to power your entire house being grid-tied can provide you with a backup, another reason this system is safe.

By not insulating your home’s power, you are ensuring discounted power rates from the utility company AND reducing your environmental footprint. The excess electricity is not stored on site but rather sent to the public grid.

An untied system is a bigger step towards independent energy and sustainability. Since an off-grid system is not tied to any kind of public grid backup, it requires a battery bank. Most homeowners that go the off-grid option have their panels and their entire home and setup custom designed for perfect synchronization.

Setting up a good off-grid system is costly and not everyone can avail of this option. Since the system is isolated it is designed to cater to every scenario and emergency possible. The battery bank is made to sustain harsh winters and days with minimal sunlight. However, the battery backup makes the entire affair quite costly.

This is why in regular cities and densely populated regions, you would rarely ever find an off-grid solar system. It is simply not practical. Yet, for remote areas and properties that are far from any public grids, this setup is a godsend. 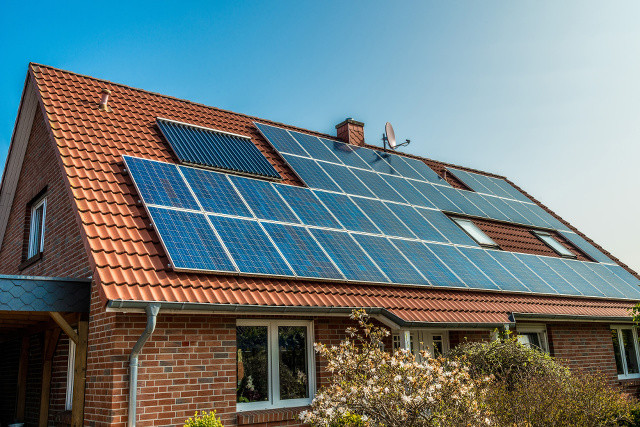 The only greater benefit of an off-grid option is that you will have electricity even during a blackout. While the market for bigger and better solar batteries is growing and the future might be sustainable, there is still a long way to go for off-grid success.

To avoid hassles when there are extended periods of clouds and/or rains, it is important to have a decent backup generator to meet the energy requirement of your entire home. The generator should be sufficient to provide both power and charge the solar batteries.

Complete energy freedom is not impossible, but going off the grid has its own sets of risk and issues that being grid-tied doesn’t. Complete off-grid systems are still not affordable or reliable enough to be implemented in entirety. However, the user largely makes these decisions based on three things: location, climatic trends, and budget. At the end of the day, if you are looking to go for any solar power system, it is better to see a solar analyst first.

Thanks to the recent innovations in the field of clean energy, solar battery storage capacities have been improved over time. Hybrid systems can give a user the best of both worlds: the ability to take advantage of a solar battery bank but also the option to automatically shift your electricity source to the public grid when the battery bank is exhausted.

Perhaps the greatest selling point of a hybrid system is that the battery bank can also utilize cheaper, off-peak rates for electricity to recharge its solar batteries. In terms of a backup system, the hybrid is definitely the best option. In case of malfunctions or any issues with the solar power system at least, you will have electricity from the grid!

A metering system keeps track of import and export of energy in grid-tied and hybrid systems. The meter basically calculates the units of energy being imported and exported to ensure that in both cases only the surplus is exported and only in the event of exhausted batteries the system refers to the public grid.

Solar power systems are still uncharted territory for the larger public. The system is tough and expensive for everyone to afford or install now, but it is a great investment. Today climate change has made sustainable and clean energy the only future fuel that is acceptable. So shifting to a solar power system is the best step towards the betterment of mother earth and mankind.