What is a CFL bulb and How does it work?

As the technologies develop, more and more new inventions successfully emerge into our everyday lives. Times when people had to live with candlelight are long gone and having a proper electric light at home and work has become a basic necessity for every household, institution, workspace etc.

The technological revolution that evolved after introduction of light bulb occurred incredibly rapidly and people accepted it very quickly yet the bulb itself has greatly changed throughout the time as inventors kept looking for ways to make this extremely important technology more efficient and particularly – less energy consuming. Coming up with a compact fluorescent light bulb has done a great deal into achieving „the perfect light bulb” – a one that would consume minimum electric energy but would provide as much light as incandescent lamps.

Although it might seem as very recent invention to those who are still using „traditional” incandescent light bulbs, the fluorescent lamp in fact has been around already since the late 19th century.

Peter Cooper Hewitt is known to be the father of the fluorescent lamps but it took quite a time until his invention was incorporated for utilization in households.

The credits to this achievement goes also to Friedrich Meyes, Hans Spanner and Edmund Gremer, who were the ones to patent a high-pressure vapor lamp, and Geroge Inman, who did his collaboration with General Electric to create a fluorescent lamp that would be practical to use on everyday basis substituting incandescent lamps. 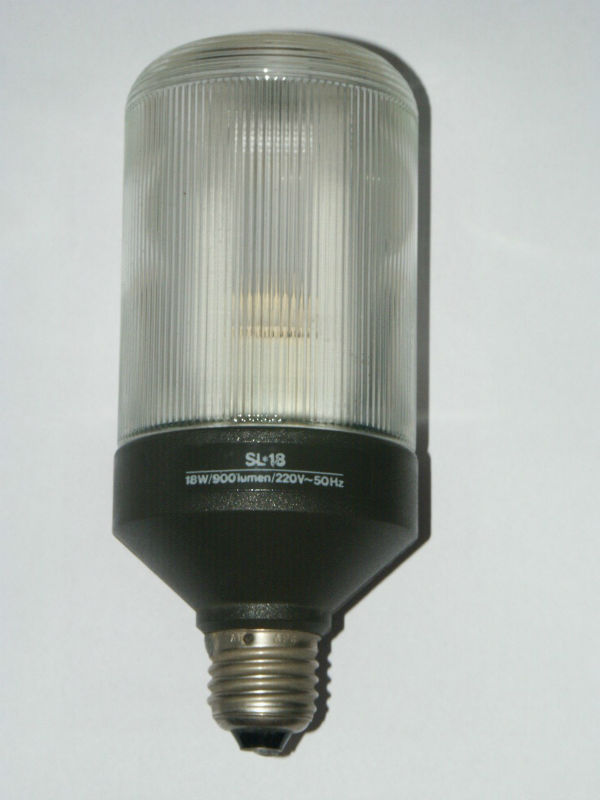 The first time the lamp was introduced and presented to public was in 1939 New York World’s Fair and ever since it has been re-shaped and adjusted to reach optimum efficiency.

Even though the main working principle of most light bulbs is nearly the same, the function of compact fluorescent lamp differs on numerous aspects and its illumination is triggered with a much different mechanism. The incandescent light bulb utilizes glowing filament whereas compact fluorescent light bulb uses argon and mercury vapor inside its spiral-shaped tube. Integrated ballast creates electric current that passes through the vapor and stimulates the gas molecules.

For the first compact fluorescent light bulbs the time of producing electricity that would be enough to excite the molecules was rather long, lasting at least few seconds, but for the newest generation compact fluorescent light bulbs the time needed for it to warm up has been decreased significantly. Once the gas has been electrified, the bulb starts producing ultraviolet light which then stimulates the fluorescent material painted inside the bulb. The fluorescent coating then consumes the energy and emits visible light. 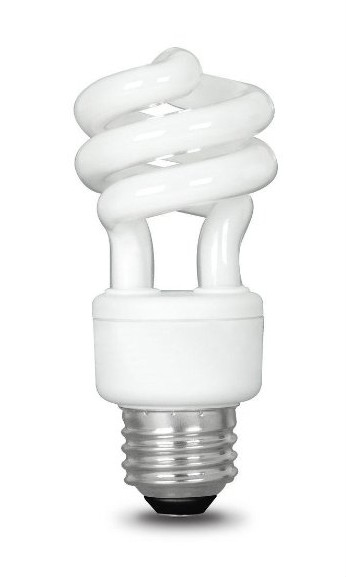 Another aspect that needs to be taken into account is the fact that even though by using CFL you can help to save the environment through using less electrical energy, they can be quite hazardous unless disposed in proper ways. Most of the hardware stores and retailers take care of recycling compact fluorescent light bulbs, so it is advised to collect the used ones carefully and, once you have a chance, visit the nearest hardware retailer that will deal with them further.

Bare in mind that there is some amount of mercury inside the bulb. It is not being emitted while using the bulb, but surely be more cautious when removing the bulb or storing and transporting it. Keep the bulb which is not being used anymore/yet in the original packaging and make sure you transport it in a way it cannot break.

Knowing the fact that in many countries lighting occupies nearly 15% of all household energy, it does not require any profound mathematical skills to get the overall picture of how much energy and costs would be saved if more households would drop their incandescent light bulbs and switch to more efficient solutions.

If you are a person aware of environmental issues and struggles of modern world, you probably already know the striking statistics that 70% of our electricity is still being produced by using fossil fuels. Although the renewable energy is slowly expanding its role in this industry, many countries still are strongly relying on the fossil fuels. Since the demand for electricity increases very rapidly, the usage of fossil fuels is also growing, causing many environmental problems such as the greenhouse effect.

As with every technology, not everything is just black or just or white and fluorescent light bulbs are also not all that perfect. One of the problems you might find while using a compact fluorescent light bulb is that it might not work with a dimmer switch. If you have bought a bulb like this, it will simply burn out very quickly if used with a dimmer switch. This information is usually indicated on the package, so carefully read through the product description prior using the bulb.

Another significant issue that hopefully will be solved some day in the future is the lifespan of a compact fluorescent light bulb. In most of the cases, these bulbs are made to last around 10000 hours, but if you are turning them on and off too often, the lifetime of a bulb will decrease significantly. It means that installing a compact fluorescent light bulb in a place where you don’t need the light to be turned on for too long (e.g. toilet) might not be the most efficient solution.

Keep in mind that fluorescent light bulbs are more fragile and sensitive especially in low and high temperatures. Moreover, since they contain mercury, keep in mind to apply some safety methods if using the bulb outdoors to protect it from different external elements damaging the bulb. The dangers of mercury being released when breaking the bulb is one of the main arguments why many people still refuse to use compact fluorescent light bulbs.

However, if utilized properly, the advantages still outweighs the disadvantages, ensuring that switching to CFL bulbs will have long-term benefits, mainly by notably reducing your electricity bill.