What is Light Pollution and How Does it Impact our Lives?

Undoubtedly artificial light has become inseparable part of our everyday activities. Since human eye does not have too good visibility in the darkness, the invention of artificial lighting has ascribed us those valuable extra hours of evenings/night-time that now can be spent both outdoors and indoors doing the same things we would be doing during the daytime. Outdoor flood lights help us secure our homes during the darkest hours of the day, streetlights increase our visibility as we move around the city in the night and so on. However, sometimes even such a great thing can be used in exaggerated extend causing more problems than benefits. Whether you have encountered it or not (it largely depends on your location), light pollution has been identified a major problem for people living in densely populated urban areas. This article will briefly introduce you with light pollution, its causes and effects as well as provide some solutions if you feel like light pollution is decreasing the quality of your life and you would like to do something about it.

What is light pollution?

Speaking in very simplified terms, light pollution is an unwanted consequence of outdoor lighting. By this we understand the situations when not only there is too much of light but also the cases when the light is illuminating objects it should not be. Hence, when discussing light pollution, it is usually allocated into 3 types of problematic cases:

People who have been living in urban areas all their lifetime might find urban lighting more beneficial than dangerous, but very few people who suffer from depression, stress and other problems actually ponder the possibility that the environment they live in could be one of the main causes of these issues. Although light pollution and its effects on human and animal health and behavior has not been studied extensively enough and there is still plenty of work to do, some research done by prominent health institutions (e.g. U.S. National Institution of Health, World Health Organization, American Medical Association) have concluded that light pollution, specifically sky glow, in fact, have numerous negative impacts on our health. Apart from health issues, also the impact to our environment and general problems related to waste of energy shall be included in the wholesome of problems associated with light pollution. The main identified problems caused by loss of natural darkness include:

Harm to wildlife. Many wildlife animals are seriously disoriented by artificial lighting and can significantly impact the way they hunt, breed and live.

Increased visibility. While it is true that human eye is not made to see perfectly in the darkness, it can still adapt to certain levels of it. However, if you are constantly living in light, it is much more difficult for your eye to function in darker circumstances once it encounters them. Also, lowered visibility can be associated with glare. Encountering with too bright light that causes glare, has a negative impact on your retina and it might have damaging effect on your eyesight.

Disruption of circadian rhythms. This is the main light pollution-related issue that worries health experts all around the world. It is not a myth that a healthy, well-functioning and happy human body needs a good night’s sleep during the darkest hours of the day so that you can work and live properly in the daytime. However, if living in circumstances where it is light and bright all day and night long, your brain gets quite confused, your melatonin levels significantly changes, and this can negatively impact your cell function, hormone production and overall brain activity. That is why health organizations warn that insufficient amount of natural darkness and proper sleep can cause significant health problems and lead to sleeping disorders, obesity, depression and even cancer.

Waste of money and energy. When we think about modern problems we firstly look at ourselves and impact to our body and secondly we assess the influence on our environment. Light pollution unfortunately is causing damage to both of these. Just think how much energy and also money is being spent on a light which illuminates the parts that do not ever need to be illuminated such as the sky. The knowledge of proper outdoor lighting and the negative impacts of glow and glare are yet to be taught to many industrial planners and engineers, but unlike over-illuminated sky, at least these questions finally deservedly are brought into light. 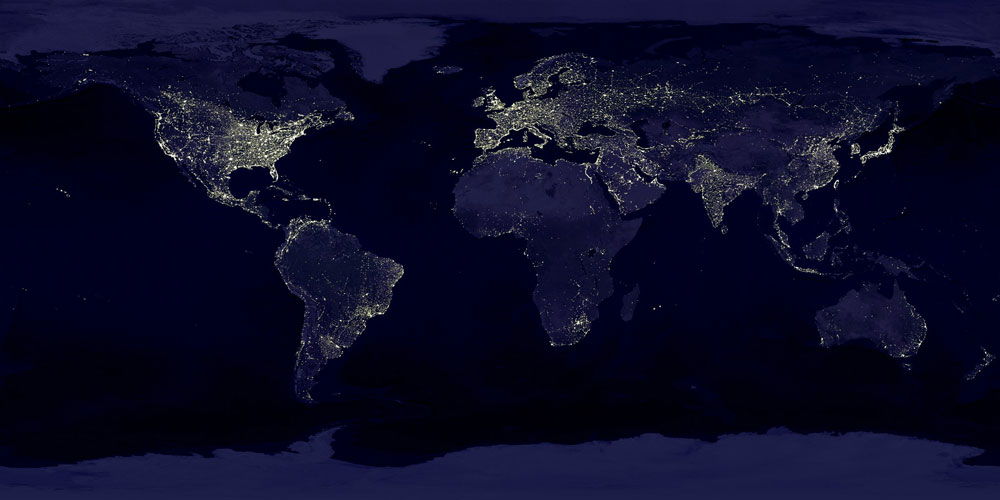 Of course, if you are not working as a high authority on a local or national level, it will be difficult for you to change the general light pollution problems in the city as you might have to deal with a lot of bureaucracy and arguing to reveal the actual extent of the problem. However there are some things you can do on an individual level to decrease light pollution or at least not to contribute to the problem: