What is Light Reflectance Value?

Light reflectance value is measured in the visible and usable light. It is often mistaken with the intensity of a color, however, intensity represents vividness and dullness, exemplifying how clear a shade of specific color is, but light reflectance value represents the amount of light and heat which is reflected or absorbed by a certain color, talking firmly about the darkness of a color. Light reflectance value (LRV), is the total capacity of a light reflected by a surface based upon the color of a certain surface. It shows how much light a surface reflects or absorbs. It is measured in percentages, absolute black being lowest which is 0% and purest white being the highest, which would be 100%, meaning that black color does not reflect any light but it absorbs everything, and white color absorbs zero percent and reflectings one hundred percent of light, when illuminated by a light source. However, absolute black and one hundred percent reflecting white colors don’t exist in normal everyday surroundings. On average, darkest black color has around 5% LRV, absorbing about ninety-five percent of light, and white has about 85% LRV, absorbing around fifteen percent of all the light. Although white shades measure only up to eighty-five percent, some shades of yellow can come as high as ninety percent. Gathering above-mentioned facts, we can conclude that if the purpose of a surface is to absorb light, as it is for solar panels, the color of choice should be black in order to absorb as much light and heat as possible.

Light reflectance value is important to such occupations as interior designers and architects in order to gain wanted results when building or designing houses, offices or any other buildings. The color is the main instrument for creating a certain mood and vibe in a room or area, and different purposes of buildings require different designs. Choice of color, when designing non-residential buildings, such as schools or hospitals, is very important when looking at overall look and purpose of the building. Hospitals and medical centers are mostly white or painted in light tones because the white color does not create emotions and is considered to be sanitary and a sign of cleanness. What’s interesting, when looking at the scale of LRV percentages, this scale does not have any color to it, it goes from black to white. However, on the color cans in construction shops, LRV is provided, notwithstanding the color inside the can. In this case, LRV percentages define whether the tone of the color is darker or lighter and whether it will absorb more or less light. For example, although you might imagine green as being a light and cheerful color, if its LFV is above fifty percent, most likely the color inside the paint will be dark, with an impurity of brown and black. And there are hundreds of different tones that might look alike, but in reality, they differ greatly.

Making interior design eye pleasing is very important, because, according to new regulations about equality, public buildings and areas need to be equally accessible, safe and understandable for all, regardless of age, gender or race. Therefore public spaces should be adjusted also to visually impaired people. There should be color-contrast between doors, walls, corridors, doorways, etc. And this can be achieved with the help of light reflectance value, using lighter and darker shades.

Although the main beneficiaries of light reflecting value are architects and interior designers, because they use LRV in their everyday work, knowledge of usable light resources and how these resources can be utilized is important for engineers and scientists designing solar lights and solar panels as well. They need to know how each color works, in order to design the most productive solar lights and panels. For solar panels and lights, it is important that they absorb as much light and heat as possible, to be able to produce electricity, which means that white or yellow color would not be fitting to be used in solar panels. All the light directed towards them would be reflected, and it would be difficult to produce any electricity with said solar panels, so they would not be profitable in any form. Therefore, engineers know to use solar panels in black color, for them to absorb as much light as possible and to turn it into energy.

Despite the fact that we might not know much about LRV, everybody knows the fact that in summer black clothes and surfaces heat up, however, light clothes and surfaces do not. It is the same effect as discussed above. Black surfaces gather light and heat, but light surfaces reflect it. This is also the reason why people living in desert areas wear long, light-colored clothing in order to keep themselves cool. So even without any knowledge of LRV we can still understand and observe the fact that solar panels are black because of one simple reason – black color absorbs the most amount of light and heat. 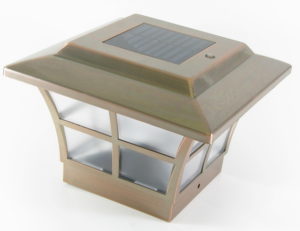 But solar panels aren’t the only black, light absorbing surfaces, which produce energy. Same is with basic solar garden lights. They also have little black surfaces, mini solar panels, so they could absorb energy and use it when the sun goes down. During the day these lights charge up using light, collecting energy for darker hours. This way we can not only save our money by decreasing our electricity bills, but it is also helping the environment by using renewable energy resources.

All in all, light reflectance value and renewable solar energy go hand in hand because together they create most sufficient formula for solar panels, lights, and sensors. Although LRV is mainly used in industries such as architecture and interior design, knowledge of the interaction between colors and solar energy plays a major role in the work of engineers and solar panel creators. Without knowledge and understanding of LRV the best combination of light and solar panels would have been much harder to find because it was important to understand that in order to produce the most amount of energy from daylight, we must use materials and surfaces, which absorb the most light and heat. So let’s remember what is LVR and how it works because you never know when the principles of it will be useful to you.