With human-induced climate change, and rising energy costs deriving from increasingly scarce fossil fuel shortages looming on the horizon, many people are on the lookout for alternative energy sources that will enable us to maintain our way of life but in a gentler, less environmentally destructive manner. One of these alternative energy sources is our very own precious sun, which provides an almost unlimited supply of free energy at every instant – the question is simply how we harness it. That’s not what this blog post is about through – what we are here to take a look at, rather, is the history of solar energy itself and how the current crop of high tech solar technologies came to be. Read on as we take you on a little history lesson.

You might not have known, but solar power has actually been around for centuries. Already in the year 700 BC, humans knew how to generate fire by the practice of concentrating the light of the sun using a magnifying glass. Another precursor of modern solar power – apparently – is the ‘Heat Ray’ of Archimedes, the famous Greek inventor; according to historians, during the Siege of Syracuse in 200 BC the Greeks made use of a device in which sunlight was concentrated using an array of mirrors and the heat generated by this process used to destroy enemy ships by fire. In 1767, a solar cooker or oven was used to cook meals using nothing more than the heat of the sun. 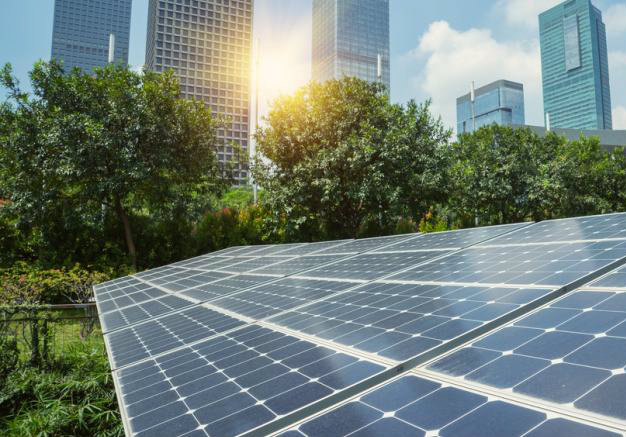 Unlike these rudimentary forms of solar energy technology, modern solar cells make use of what is known as the photoelectric effect to convert sunlight into electricity. Knowledge of THIS particular phenomenon is only a couple of centuries old. Indeed, when it comes to modern photovoltaic solar cells the first major breakthrough was made in 1839, when the French physicist, Edmund Becquerel, discovered what is now known as the photovoltaic effect, namely that when you expose a material to light a certain voltage is created. Little did he know at the time, but this discovery would constitute the foundation for contemporary solar power. The next major discovery was in 1873, when Willoughby Smith, the English engineer, found the existence of photoconductivity within solid selenium. Building on this discovery, in 1876, William Gryll Adams along with Richard Day (his student) made the discovery that by exposing selenium to light, you can produce electricity. These proto-solar cells, the very first of their kind, were not exactly efficient, but still, they represented a major landmark, proving that light can be transformed into electricity.

The next major development was Albert Einstein’s discovery of the photoelectric effect in 1905 (for which he was eventually awarded the Nobel Prize in 1921), including his formulation of the photon theory of light, which describes the way light is able to ‘liberate’ or knock free the electrons on a metal surface.

The next major milestone in the history of solar panels occurred in 1953, when Calvin Fuller, Daryl Chapin, and Gerald Pearson made the discovery of the silicon solar cell (actually they simply built on the work of Jan Czochralski who had figured out how to grow single crystal silicon). Compared to the selenium cell that was its descendant, this cell was actually efficient enough and produced enough electricity to power moderately sized electrical devices. These pioneers later increased the conversion efficiency of their cell from 4 to 11%.

With this breakthrough, the beginning of a new era had arrived, and indeed by the year 1956, the first commercial solar cells were starting to appear on the market, though at a cost of $300 per one-watt cell, they were beyond the means of everyone besides the exceptionally wealthy. The first consumer items to include solar cells were certain radios and other toys, marketed to the public as novelty items. The first major application for solar power, however, was in the international space program. By the late 1950s, the first solar cells devoted to powering space exploration satellites were in operation; by the late 1960s, solar power had more or less become the standard for providing power to space exploring satellites in both the USA and Soviet space programs. 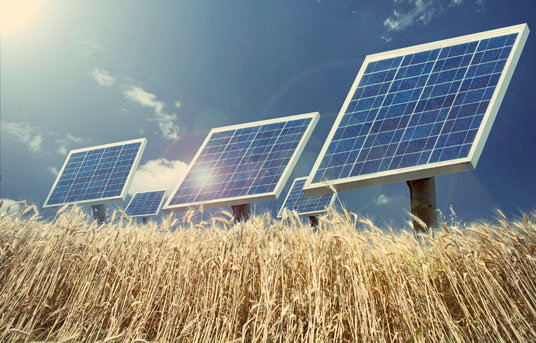 The next major milestone in the history of solar power came in the early 1970s when a means of lowering the commercial cost of solar powered cells was finally discovered. Spearheaded by research conducted by Exxon, this initiative brought the cost of solar cells down from more than $100 per watt to about $20 per watt. These new, much more affordable solar cells were mostly used in order to provide power to the warning lighting atop of oil rigs.

From the 1970s to the 1990s, there was quite a change in the way solar cells were used. They began to turn up in railroad crossings, in remote areas not connected to the grid where they were used to power peoples’ homes, or bring water down to the soil; the Australians even used solar cells inside their microwave towers as a means of enhancing their telecommunications capabilities.

Nowadays, solar cells are used in a tremendous variety of different applications. Recent developments include screen-printed solar cells, solar fabrics which can be used to side a house, even solar shingles that you can install on your roof instead of tiles. Due to economies of scale, greater international trade, and constantly improving technology, solar power is now well within the range of the budget of the average householder as well. The sky is the limit so far as the future potential of this form of alternative energy is concerned – it’s almost as unlimited as the sun itself!