What is a LED Module?

If you haven’t yet heard of LED modules, then you don’t know what you’ve been missing out on! Originally designed for use in advertising signage and channel letters, they are now equally at home in many other lighting applications, indoors and outdoors alike. As you probably know already, LED lighting technology is rapidly replacing the older incandescent and fluorescent forms of lighting due to its greater efficiency and longevity, and LED modules are no exception here. They’re versatile too! Because each module is connected by lead wiring, they are super easy to cut and re-connect making them suitable for pretty much any project. Read on to find out more about these lights and the wonderful benefits they provide.

What is a LED light module? 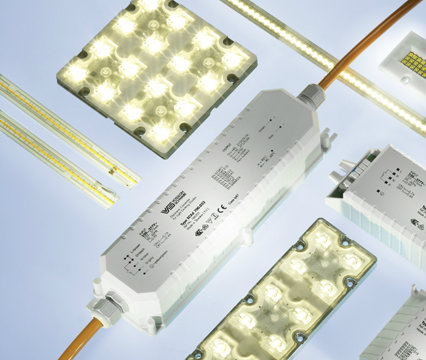 Light Emitting Diodes, or LEDs for short, involve applying a voltage to a semiconductor material so that electrons are knocked loose from the surface of the material, in turn emitting particles of light energy known as ‘photons’. LEDs are basically a means of converting electrical energy into lights – which they do very well, having a far superior conversion efficiency to the older, incandescent and fluorescent forms of lighting out there. They also possess superior longevity, and in many cases are brighter as well. There are fewer environmental issues associated with their disposal as well. Due to their obvious benefits, LED lights are rapidly phasing out incandescent and fluorescent forms of lighting, both in domestic and commercial settings.

Following on from this, an LED – or Light Emitting Diode – module is, simply put, a device containing several LED light bulbs, which is connected to a fixture – containing a battery – that powers all of the individual bulbs collectively; alternatively you plug the fixture containing the bulbs into an external unit that provides the power supply to the LED light module. The material or ‘diode’ of the module is once again an electrified semiconductor material that – depending on the type of material – can emit many different colors, or just white and UV quality light. Many LED modules in fact – they are actually known as RGB LED modules – are multi-colored, emitting many different shades of light. This makes them ideal for advertising signage and channel lettering.

As we have seen, the LED module has conventionally been used for the purposes of lighting up outdoor advertising and other shop signage, however, it is also suitable for many other home lighting applications, including:

LED light modules are very low profile, and easily hidden, however despite this they are capable of creating dramatic lighting effects for both exterior and interior applications. This makes them ideal if you want a small accent light, or to light up areas under the dashboard, or in the engine bay, or your car or other vehicles.

And because the lamps making up the module are connected with lead wiring, they are easy to cut up and re-connect in various ways- in fact with LED modules you can create pretty much any lighting pattern you desire, and you can re-work them to suit the requirements of any particular home project you have in mind 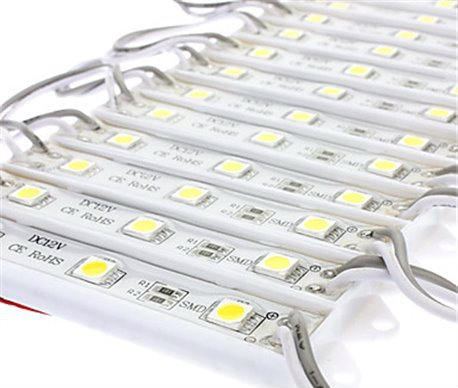 Some other common categories of a LED light module that are used in signage and advertising include:

As mentioned, some LED light modules to have their own self-contained power supply (in the form of batteries, say), whereas others must be connected to an external power source in order to function. It goes without saying that if you get yourself a self-contained unit that has its own power supply, you have much more flexibility as to where you place your LED light module than if you purchase a device that requires an external power source.

There you have it then! The possibilities are endless when it comes to modern LED light modules. No longer is their usage confined to advertising and signage, there are also many creative ways you can make use of them at home, both indoors and outside. Get out there today and enjoy the benefits of the LED light module, the future is here.