LED lighting technology is being touted as one of the major solutions to our many ecological woes. Due to its superior energy efficiency and longevity, it has the potential to drastically reduce carbon dioxide emissions from our industrial activities – precisely those emissions that are the major contributing factor behind climate change and other environmental problems. Or so the reasoning goes. Read on as we examine the actual evidence.

First developed in 1927, Light Emitting Diodes, or LEDs, are a form of lighting technology in which a voltage is applied to a semiconductor material, resulting in electrons being knocked loose from the surface of the material so that they emit particles of light energy known as photons – LEDs are basically a means of converting electrical energy into light energy that humans can use in their homes and businesses.

And they do it very well, in fact, LEDs are far more efficient at converting energy into light than the older incandescent and fluorescent forms of lighting that currently dominate our societies – up to 80 or even 90 per cent more efficient by some measures. Those old-fashioned incandescent lights that relied on superheating a tungsten filament to the point where it glowed brightly, were good enough at lighting up their surroundings – it is just that they wasted so much energy in the process of doing so (up to 95% of the energy used to power them was dissipated as heat). LEDs are also far longer lasting than incandescent and fluorescent lights (they have a lifespan which is up to 20 times longer), which in turn means that less energy needs to be expended in manufacturing replacements and managing the disposal of the old ones. Most of the materials that go into their products are already recyclable in any case. And in many cases LED lights are designed so that they can be retrofitted onto your pre-existing light fixtures without the need to refurbish your entire home lighting design – another area where energy savings can be made. These, in fact, are the reasons why those older forms of lighting are being phased out in favor of LEDs – and LED lighting has certainly come a long way; it is now used in a vast array of domestic and commercial lighting applications, including laptops, smartphones and televisions, aviation and automobile light, and a lot more.

Indeed, LED lights are being touted as one of the major solutions to our environmental crises: it is hoped that as a result of their greater efficiency and longevity they will reduce our overall need for energy (25 percent of the average household’s energy budget goes towards lighting), and consequently decrease the carbon dioxide emissions spewed into the atmosphere as a result of our industrial activities, in particular, the burning of coal to produce electricity. And because the huge increase in carbon dioxide emitted into the atmosphere over the last two centuries as a result of economic growth and development, is thought to be the major driver of human-induced climate change and other environmental problems, any reduction on that front is great news for the biosphere.

That’s the theory anyway. But what does the available evidence say? Unlike direct reductions in our consumption of energy (through, say, changes in lifestyle), or the development of alternative ‘clean’ sources of energy, both of which practices would clearly reduce our carbon dioxide emissions, the relationship between energy efficiency and energy usage is a bit more complicated and murky. Although it may seem a matter of commonsense that improvements in the efficiency with which we utilize energy will lead to a reduction in our overall energy consumption, Jevons Paradox says that, actually, any gains made on the energy efficiency front will tend to be lost as consumers take advantage of the reduce cost of energy, and up their consumption levels. Does Jevons Paradox apply to LED lighting? Jevons Paradox has certainly been observed in some situations where energy efficiency measures have been introduced, though it is far from inevitable that all or even most of the gains of any energy efficiency measures will be lost due to increased consumption (as critics of the entire energy efficiency enterprise would claim). We really have to look at the available evidence – and so far as LED lighting is concerned, the jury is probably still out. 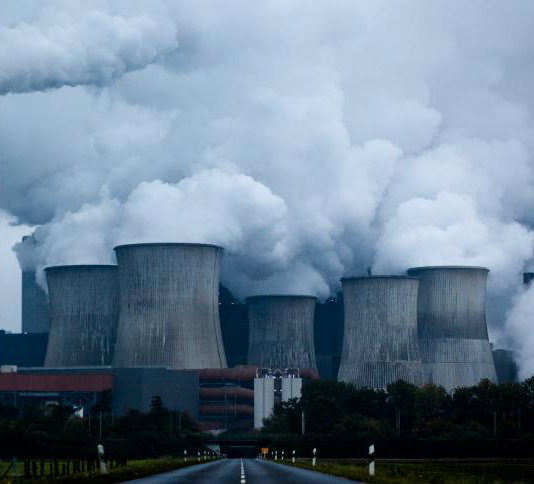 As to what evidence does actually exist, there are indeed some signs that more energy efficient LED lighting is actually causing us to increase our usage of light. For example, LED lights are now popping up in places where we never previously used any sort of lighting, and to serve purposes we would never have previously entertained – witness the growth in recent years of all sorts of novelty and decorative lighting – simply because they are so efficient and affordable. With the introduction of LEDs, lighting is becoming a luxury and a decoration. Another unwelcome bit of evidence for the energy efficiency advocates is the existence of satellite photos of the Earth taken from space, which shows that the extent – and radiance – of artificial light illuminating the surface of the planet is increasing. Over the previous five years, the total area of our planet illuminated by artificial light increased by more than 2 percent per year, whereas the radiance of the light in those areas grew by 1.8 percent per year. The greatest growth rates were observed in developing countries where governments are using any means necessary to grow their national economies and improve the population’s standard of living.

In conclusion, LED lighting has the potential to drastically curb our carbon dioxide emissions and thus reduce our overall impact on the environment, however, whether this is actually occurring is debatable. In fact, what evidence there is suggests that in response to the introduction of more energy efficient LED lighting, we are simply increasing our usage of light – which negates the whole purpose of the project. The jury is still out, however. Are LED lights helping to reduce carbon dioxide emissions? Only time will tell.